We are resuming normal operations with video conferences available if requested.

Secure, Knowledgeable Planning
For You & Your Family's Financial Future
SCHEDULE A CONSULTATION

Charitable Giving in Your Will 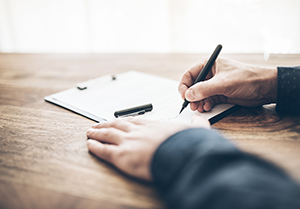 because the charity is not deserving. It’s because the will may not be the best source of that charitable gift if there are retirement accounts that are going to the children of the testator (the person making the will).

If the charity is a named beneficiary of $100,000 in the will, there is still no income tax paid by the charity and the estate may receive an income tax deduction for the charitable bequest, which might not be that beneficial if it does not have much taxable income. However, if instead the $100,000 of IRA money is left to the children as part of the $900,000 going to them, then about 25-30% of income taxes (federal and state) will most likely be due on that $100,000. It might be even more if some or all of the children are in higher income tax brackets, or the tax rates are dramatically increased in future years to pay for the profligate spending currently in fashion in Washington.

Once upon a time the inherited IRA could be “stretched” over the life of a child who is a beneficiary with minimum required distributions each year based on the life expectancy of that child, re-calculated each year. In 2019 that rule was changed by the “Secure Act” and now, with exceptions for minors and disabled children, the inherited IRA must be completely distributed with the taxes paid by the end of the tenth year after the year of the death of the original account holder (in this scenario the parent).

There are details that should be worked out with one’s tax advisor before implementing a charitable giving plan with this approach. It might be feasible to name the charity of some of the IRA money with the balance going to the children. Until January 1, 2020 (the effective date of the Secure Act) it was a big mistake to mix charities with individuals in an IRA beneficiary designation because the after-death distribution rules depended on the life expectancy of the beneficiaries and a charity has no life expectancy. Now that there is a 10-year rule applicable to such distributions, it is possible that this is no longer a problem in “mixing” the beneficiaries.

This post does not constitute tax advice and under IRS rules cannot be relied upon in the completion of income tax returns. However, it is useful in raising the question of what is the best asset for charitable giving. One of my favorite aphorisms is that you can’t get the right answer unless you ask the right question.